"By now you’re well aware that David Bowie has died, just days after his 69th birthday and the release of his 25th studio album. During the wee hours of January 10, it was announced that the beloved glam-rock icon who embraced androgyny and far-out, endlessly influential aesthetics “died peacefully today surrounded by his family after a courageous 18 month battle with cancer.”

After finding fame in his hometown of London and absconding to the U.S. in 1974, Bowie moved amongst New York’s downtown crowd, popping up at places like Andy Warhol’s Factory and Max’s Kansas City, before relocating to Los Angeles. We consulted a number of publications — one of them yet to be published — that offered an eye into Bowie’s life in early-’70s NYC."

Rock in Peace to the legend who will forever be a part of our CBGB history. Read the full article in Bedford and Bowery here. 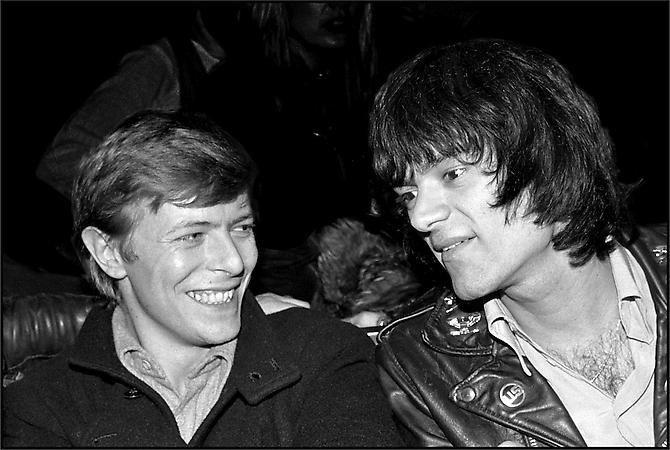