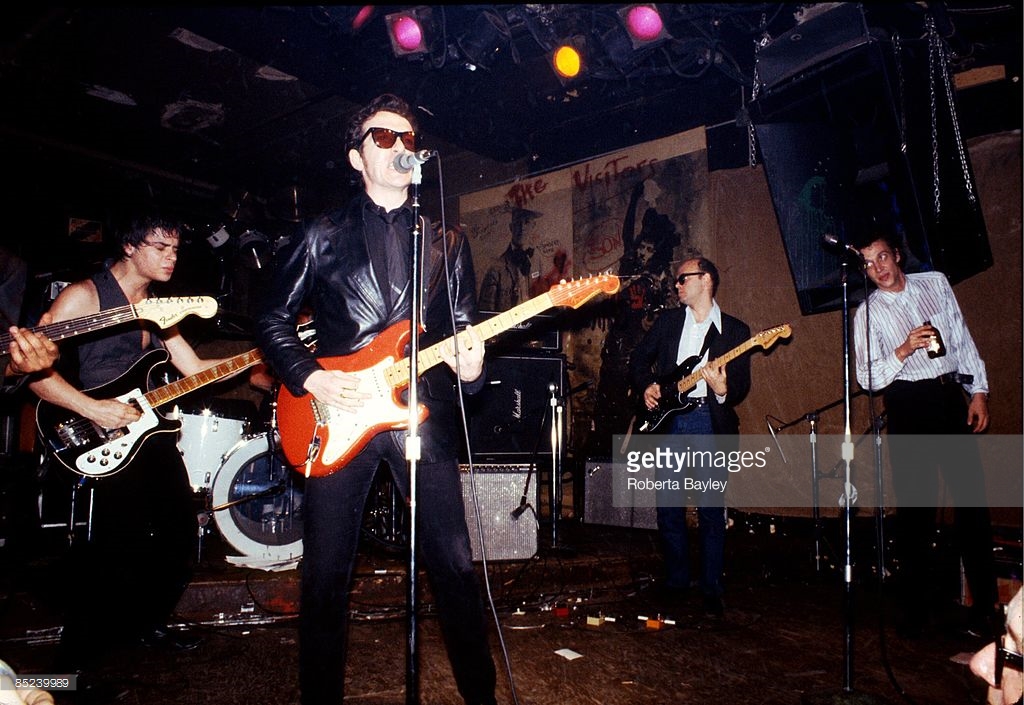 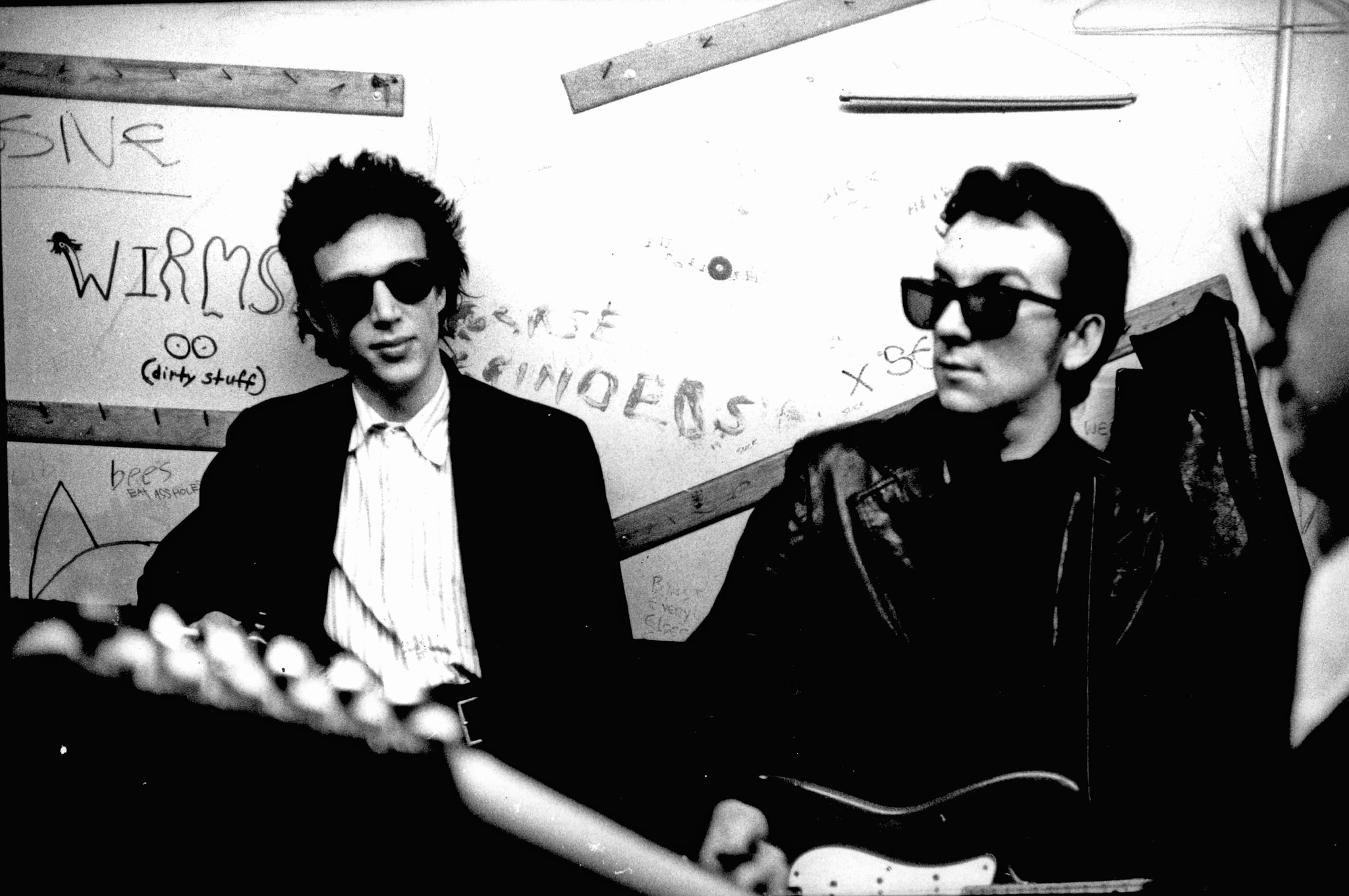 We dug up some photos that Roberta Bayley (old CBGB door gal turned photographer) took of Elvis Costello performing with Richard Hell and the Voidoids back in '78. Here's a recap of the night from Roberta herself:

"The picture used for publicity for the Armed Forces tour was taken at CBGB's. Richard Hell and the Voidoids were playing a benefit for St. Mark's Church. I think it was a poetry benefit. Elvis went up and did about three songs with Richard: a couple of Richard's songs and "Shattered ' by the Rolling Stones. Richard read the lyrics off a piece of paper. No one expected Elvis Costello to be at CBGB's.

Afterwards, Elvis, Richard, Sylvia Morales (who now is married to Lou Reed), and I left CBGB's and walked back across St. Mark's Place. Peter Wolf was waiting on the block, in a particularly crazed mood. He was with his friend Jim Donnelly, a 6' 4" Irishman, and they had a car.

We went to the Centre Pub. It was already pretty late, but it was also the day that they turn the clocks back for daylight savings time, so the bar was actually closing at five AM instead of four. Wolf just kept ordering drinks. He'd order one round and then immediately order another before anyone had time to even have a sip of their first. So we're all sitting there with three or four beers in front of us, but nobody's even had a drink.

All of a sudden it's five in the morning, and the bartender says we have to leave. We took our beers with us and decided to find the Kiwi Club, an infamous after-hours place between Avenues B and C.

A real sleazy place, not a trendy after-hours club by any means. Everyone in there looked like they were carrying weapons. Sylvia and I were the only women there. Wolf ended up getting in a fight with some guy who was trying to talk to me. Suddenly it's "OK, let's go outside and settle this." I was just thinking, "Oh, no: 'J. Geils Singer Never Seen Again.'" Luckily, Jim Donnelly convinced us it was time to leave.

All this time Elvis was leaning on the bar, looking a little... pale. Richard had gotten bored pretty early and left. He saw these things every night; he didn't get easily excited. But Elvis, he's observing all this, taking notes in his head. I got the feeling that everything that happened, everything he saw, he'd turn into a song.

We finally got into the convertible and drove up First Avenue at about 75 miles an hour, going through every red light. Jim Donnelly's foot never left the accelerator. He had a Jimi Hendrix tape on the tape deck, piaying "Purple Haze" at full volume and screaming "JIMI" very loud as we drove up First Avenue." Source

Have any old CBGB photos you want to send us? Send us a message on our Facebook page HERE.